Let’s face it, everything about Europe is magical! And when we visit Europe we definitely have to have Germany on the list of the most beautiful and monumental places to ever exist!

With so much historical significance, natural beauty and thriving economy, Germany is one of the top tourist destinations in the world!

With the growth of social media platforms, Instagram has become a photo journal for travel lovers and adventurous people from around the world.

So here are the top instagrammable locations in Germany categorized by locations so it would really come in handy on your travel trip and even during your travel planning!

Just a walk through the streets of Quedlinburg gives us such an medieval vibe with its uniquely designed timber houses and the colors.

The population of Quedlinburg is estimated to be 21,000 in 2008. Do you know that the Quedlinburg castle, the church and the town  itself is added to the world Heritage list!

Harz national park stretches across two states in Germany, lower saxony and saxony anhalt. There’s so much one can experience here with multiple hiking trains and wildlife ( not dangerous) running around.  This park has only a few settlement and is technically inhabited which gives us an even better experience!

Any photo would be perfect with this background : a beautiful cliff adjoining a white sand beach with light blue water. This is also called the chalk cliff and this is especially beautiful during the autumn season!

This is such an amazing place for a get away especially if you travel with your family. The place has an amazing playground and water sports for kids to enjoy. The ambience of the place is also really good with music food and drinks!

Do you wish to visit one of the few castles in the Western Europe that wasn’t destroyed in the war and is still owned by the eltz family who lived there 33 generations ago?

What’s more exciting? This castle is nested on a hill which makes the place even more magical!

Three images can’t do justice to the kinds of experiences and scenes one could enjoy in this place. These mountain ranges are also called the black Forest and one could enjoy really peaceful lakes and walkes through pine forest and this makes up the perfect spot for a get away!

(between Frankfurt and Cologne)

When I first saw the town, my jaw dropped. This again looks like it’s straight out of a fairy tale! It is a nice little town with friendly people, cobblestone streets, beautiful buildings and a castle overlooking a river! This area is k own for its white wines!

One can also start their cruise down the Rhine river! Do go for a wine tasting spree when you are here because this is the best place to do that!

The Geierlay suspension brige is over 62 meters long and coat around one million euros to build. This majestic structure is definitely a place you should stop by if you are in the areas.

This is just a small spot in Western Germany that’s worth mentioning for its peaceful ambience that’s perfect for an evening walk! Or perhaps take stunning pictures during the winter!

There’s so much exciting things to do in th Vulkaneifel mountains from hiking to crusing to driving through the popular volcano route!

This is a Lutheran Church that has been standing since the 11th century. It was demolished during World War 2 but was rebuilt again in 2005. It was actually demolished and built in the 1700s.

This is such an historical place to visit!

( Between Munich and Stuttgard)

If you visit munich, this is a place that you must see! The color of the water will really blow your minds and would look very unreal! This is a spring that’s located in the Medieval town Blaubeuren. The town itself looks like a fairy tale and one could actually stay a day to enjoy everything this place has to offer!

(Between Frankfurt and Nuremberg)

Do you wish to see a small town which is only 2.5 kms long and 250 meters wide with its half timbered houses and nature all around it?

Did you know that multernburg has a inn which started operating in 1411? And is still operational! Talk about once in a life time experiences eh?! The town has so many old towers and building that could take us back to 1300s!

(Between Frankfurt and Munich)

Did you known that a scene from the famous harry Potter movie is shot in this town. It is also one of the three cities in Germany which still has a city wall intact! This place was a free imperial city since 1803!

From lakes to waterfalls to ancient castles to forest experiences, Fessen has it all. The castle in fussen is said to be the most visited tourist attraction in all of Germany because of the fairy tale vibe it gives from the starting to the end. Also stroll through the 700 year old town to stumble upon some of the most beautiful and historically significant buildings.

Konigsee is another big and beautiful natural naked present in the Berchtesgaden national park. It is rounded by mountains and has stunning views throughout!  It stretches for around 7.7 kms and is the Germany’s third deepest lake! Remember to go on a boat ride when u visit this place!

This is another small village located in the southern part of Germany along the Austrian border and was once used as a checkpoint for customs. This place is well known for its winter sports and a lot of outdoor activities during the summer!

Bayern , also known as Bavaria, presents us with impressive sceneries, immense culture and so much more to offer. Also remember that this is Germanys largest state!

Also look out for the local festivals when you are in th area!

Present in the South western part of Germany, burh Rotteln is the third largest ruined castle in germany. This castle is believed to be built in the 11th century and is finally been destroyed in 16th and 17th centuries.

Hochfelln mountain range is famous for its hiking trail that leads to the top. It is said to be a 4 hour trek with a little steep climb in the end by every visitor goes back with a smile!

Honestly, who doesn’t love to travel? We have only one life and we must be so grateful to be living in such a beautiful planet! Exploring different countries and cultures and making experiences with people is the best part of living. Don’t waste your life away imprisoned by jobs and responsibilities. Let go and travel the world!

Let me guide you in this journey through this planet! 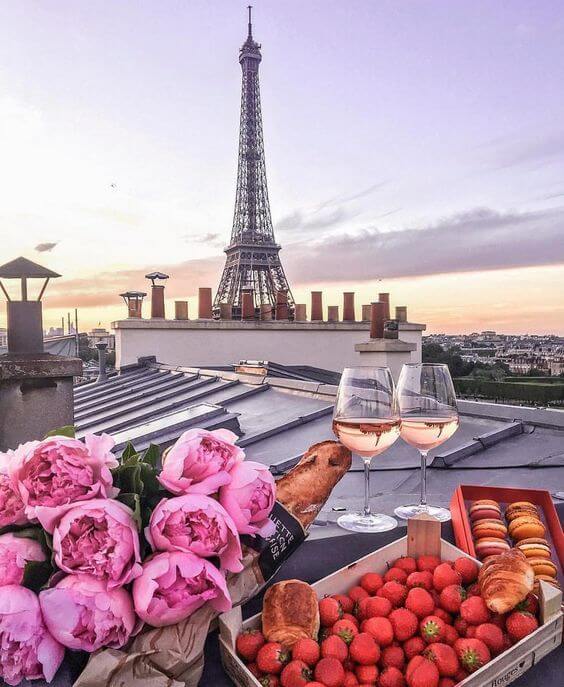